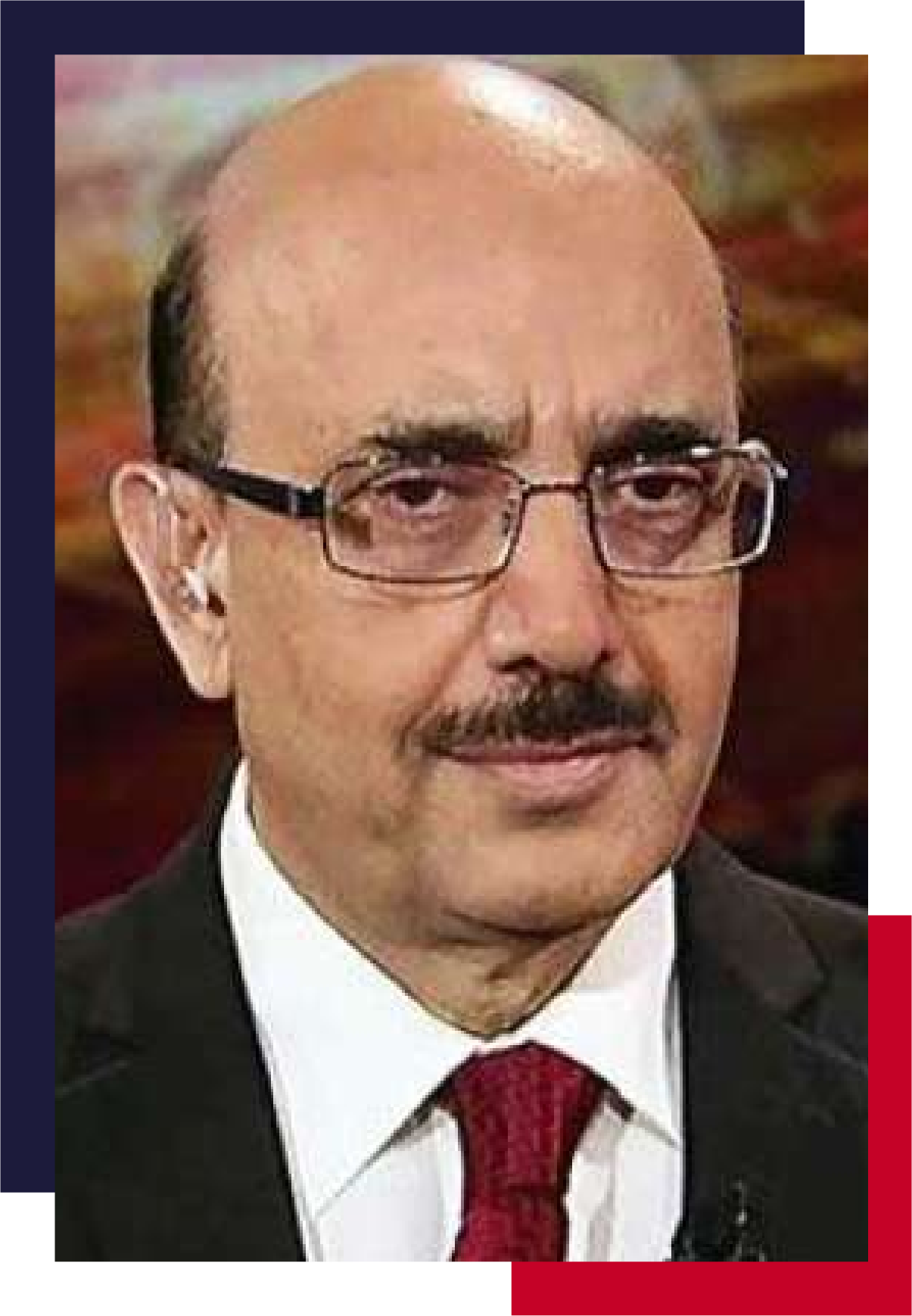 Sardar Masood Khan is currently serving as the 27th President of Azad Jammu and Kashmir, a position he assumed on 25th August 2016. Immediately before becoming the President he was the Director General of the Institute of Strategic Studies Islamabad.

In his earlier diplomatic career, he held important diplomatic positions in China, The Netherlands, United Nations (New York) and the USA (Washington D.C). 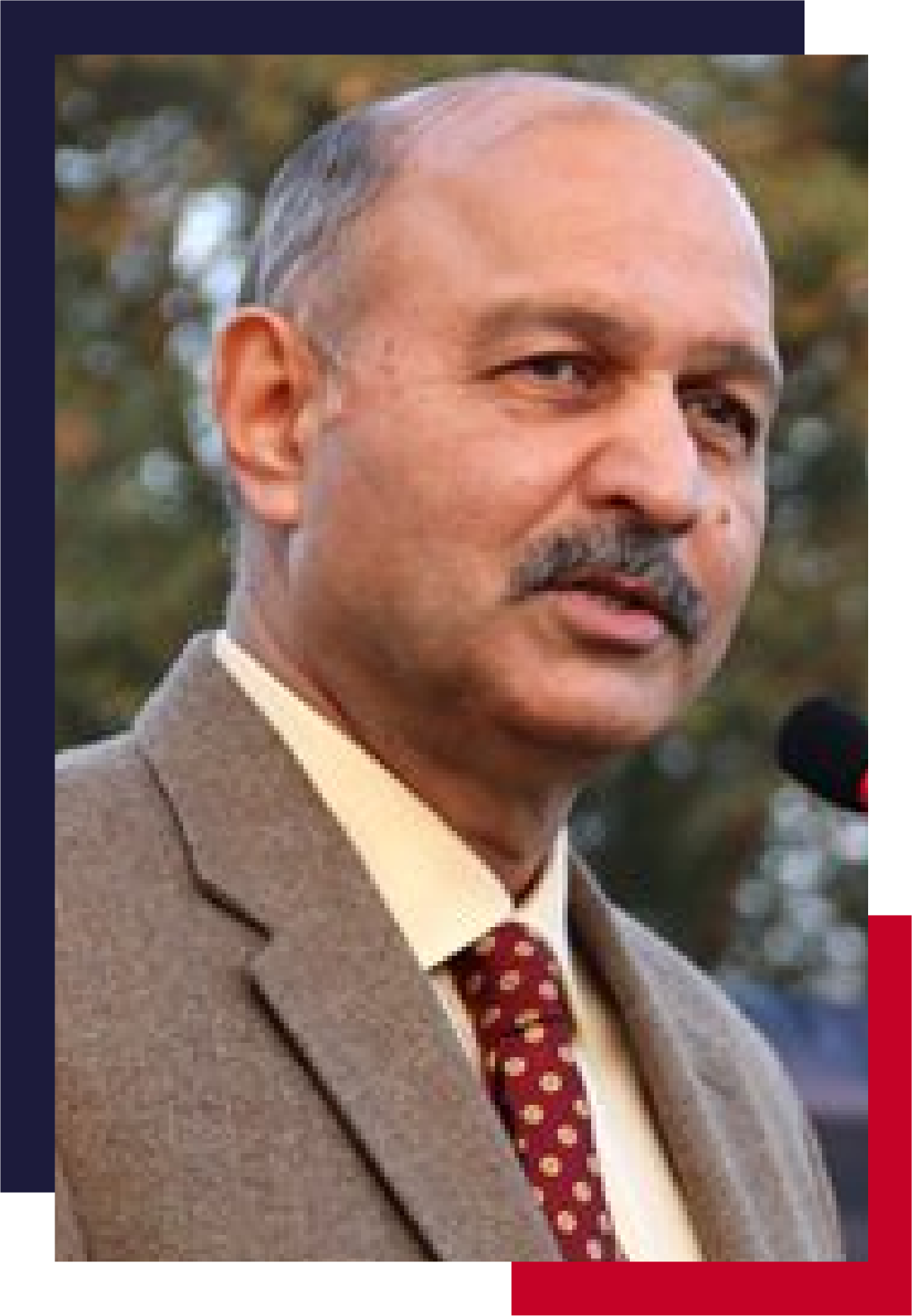 Mushahid Hussain Syed), is a conservative journalist, political scientist, geostrategist, and a former media mogul, currently serving as the senator on a Pakistan Muslim League (Q) platform to Senate of Pakistan. As of current, he is the current Secretary-General of the Pakistan Muslim League, a centrist party.

Educated and graduated from the Forman Christian College University in Pakistan and the Georgetown University in the United States, Sayed started his career in the journalism when he became the founding editor of the former leading newspaper, The Muslim in the 1970s and subsequently arrested by the Military Police for staging a demonstration movement against the military coup d’état by General Zia-ul-Haq in 1979.

A versatile and enlightened journalist by profession, Mr. Mushahid Hussain Syed was born in Sialkot on 2nd November, 1952. He has a Master’s degree from the School of Foreign Service of Georgetown University in Washington DC.

Mr. Mushahid Hussain Syed taught politics and International Relations at the Punjab University Lahore before leaving Academia for the media in 1979. He was a Member of the Faculty of the Pakistan Administrative Staff College, the country’s premier training institution, directing a training programme for new diplomats. 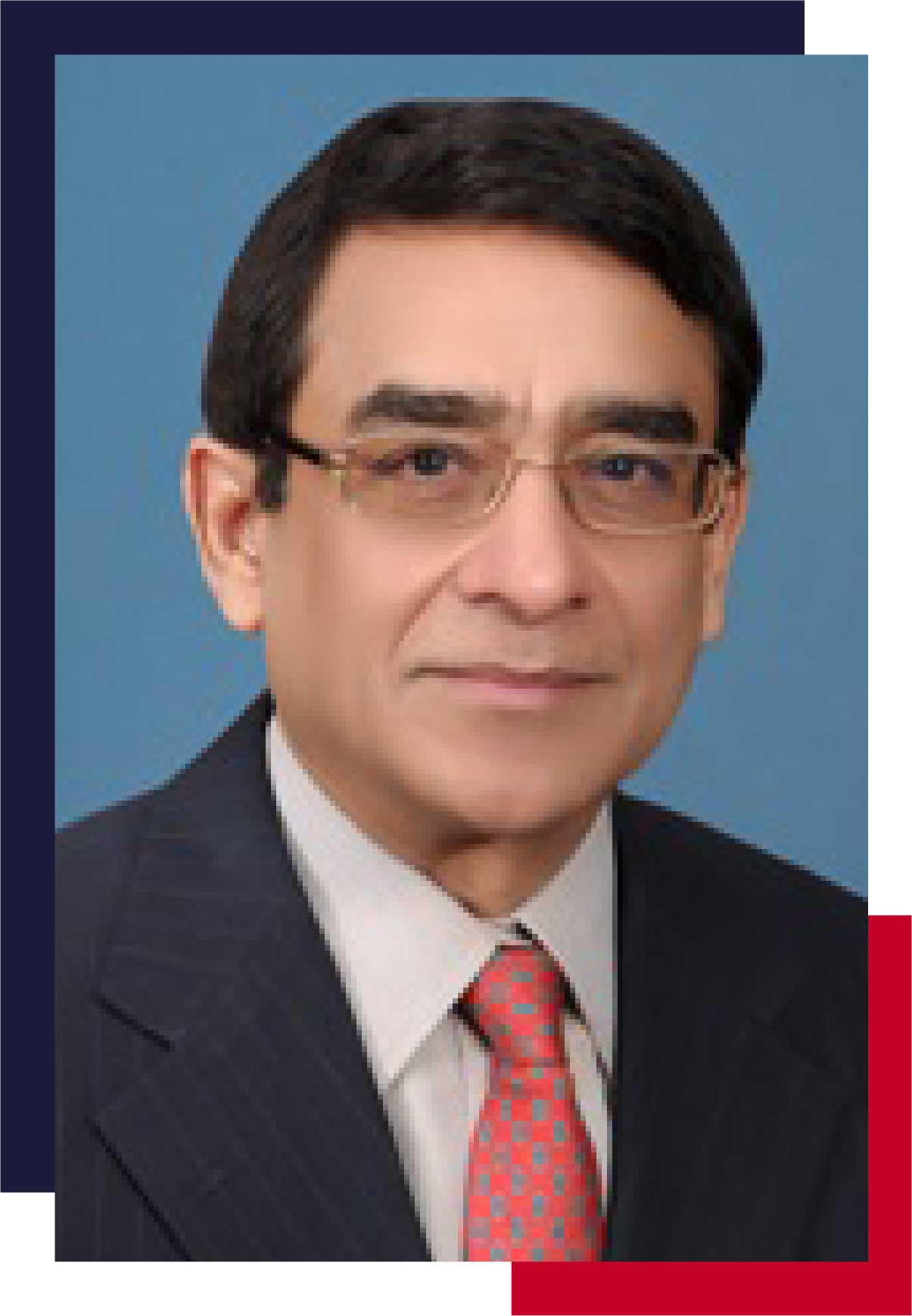 Dr. Javaid R. Laghari is Chairperson of the Trust for Innovation, Entrepreneurship and Knowledge (TIEK). He has served in six key positions in the last 30+ years. Previously he was Chairperson of the Higher Education Commission (HEC) of Pakistan. He has also served as Coordinator General of COMSTECH, the OIC Ministerial Standing Committee on Scientific and Technology Cooperation – which is the organization of OIC comprising S&T Ministers of 57 Islamic Countries. He was also an elected Senator in the Pakistan Parliament, founding President of a leading private university SZABIST, and former tenured full Professor of Electrical and Computer Engineering at SUNY Buffalo, NY.

Dr. Laghari was also the Founding President and Project Director of SZABIST, a multi-campus university which he established from scratch in 1995, and within 6 years.

Dr Laghari has delivered over 37 keynote lectures, 117 Chief Guest addresses, 61 invited lectures, 47 interviews published and over 88 TV interviews. He has also published three books on Leadership.
He was given the national award ‘Tamgha-e-Imtiaz’ conferred by the President of Pakistan in 1998.

Dr. Shahid Siddiqui obtained his Ph.D. in Language Education from University of Toronto, Canada, M.Ed. TESOL from University of Manchester, U.K., and MA English Language and Literature from the University of Punjab. He has been involved with Educational system of Pakistan in various capacities, i.e., as a teacher, teacher educator, and researcher. Dr. Siddiqui has taught in some prestigious universities including the Aga Khan University GIK Institute for Engineering Sciences and Technology, Lahore University of Management Sciences (LUMS) and Head Department of Social Sciences in Lahore School of Economics. Currently he is acting as Vice Chancellor Allama Iqbal Open University, Islamabad, Pakistan. His areas of interest include socio-cultural aspects of language, educational change, and critical pedagogy. His book, Rethinking Education in Pakistan: Perceptions, Practices, and Possibilities, was published in 2007 and is used in a number of teacher education institutions. His Urdu novel, Adhe Adhoore Khawab, published in 2009, deals with the themes of education, politics, justice, and social change, Language, Gender, and Power: The Politics of Representation and Hegemony in South Asia, published in 2014. He regularly writes on educational and linguistic issues for the editorial pages of national Newspapers. 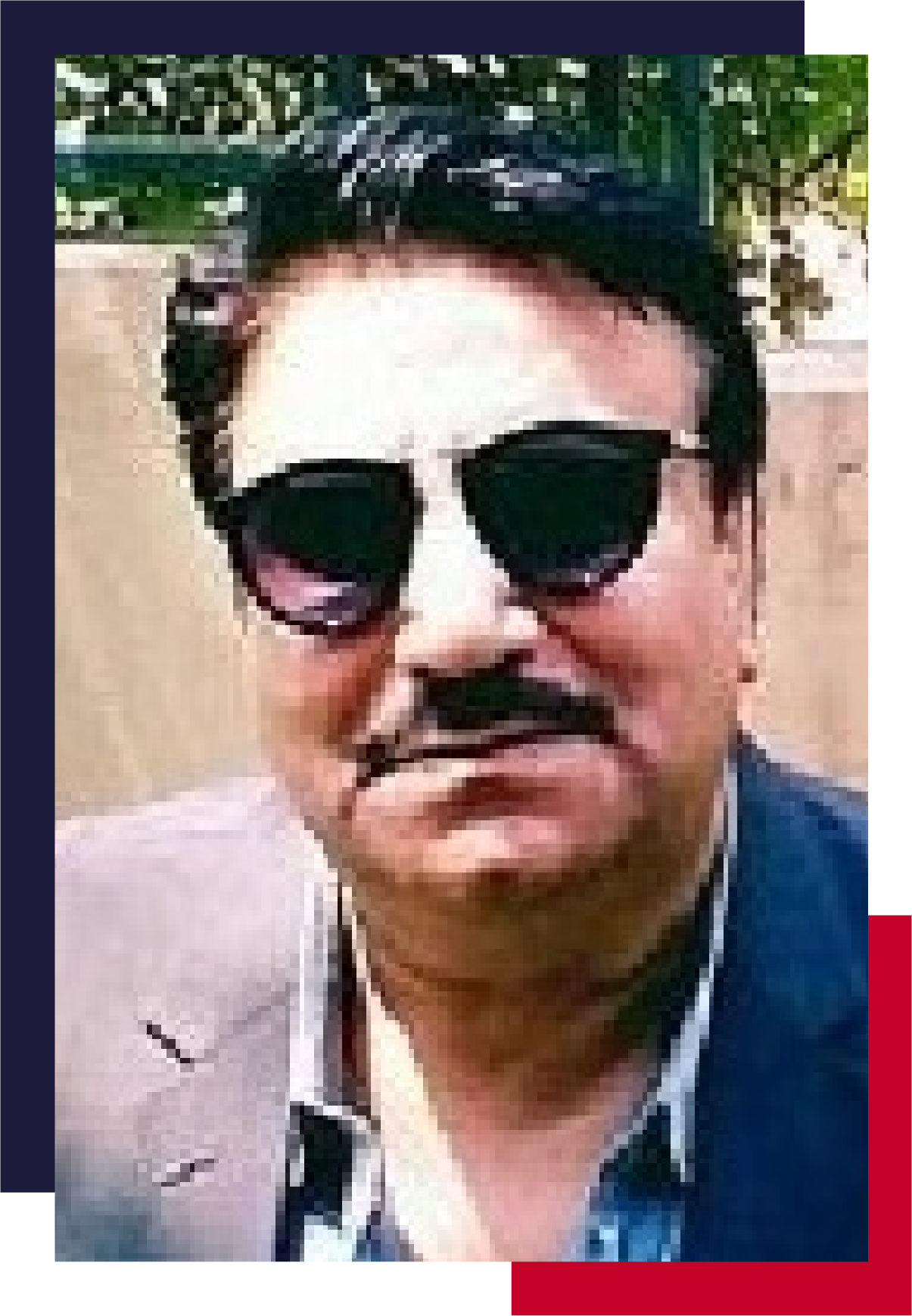 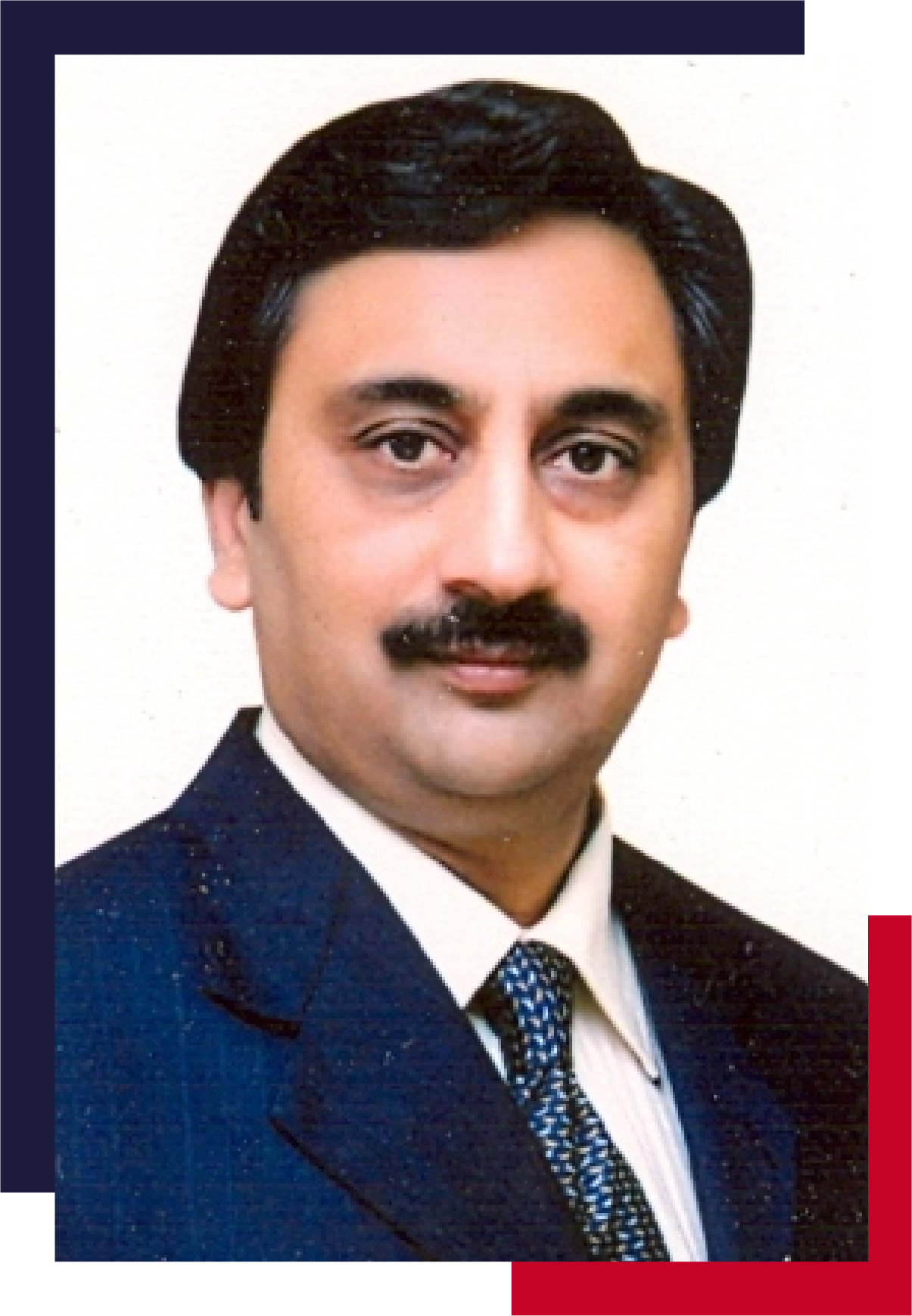 Mr. Ahmer Bilal Soofi is Pakistan’s former Law Minister during the 2013 Interim Government and an advocate at the Supreme Court of Pakistan.

He has an LLM from the University of Cambridge UK and has been practicing law in Pakistan for over 25 years. He is the Senior Partner of a well-reputed law firm ABS & Co having its office in Lahore and Islamabad and President of the Research Society of International Law (RSIL).

Mr. Soofi acted as an expert from Pakistan to provide country report that became part of the ICRC Customary Study on international humanitarian law.  He has done extensive work for improving legislation in Pakistan relating to human rights and international humanitarian law.  In this regard, Mr. Soofi and his team carried out a one volume comprehensive comparison of Pakistan’s entire legislation with the Geneva Conventions, Additional Protocols and the Rome Statute.

He regularly advises the Ministry of Foreign Affair, Ministry of Defense and Ministry of Interior, and has represented the GoP in a $220 million international arbitration regarding Reko-Diq before ICC ans ICSID. 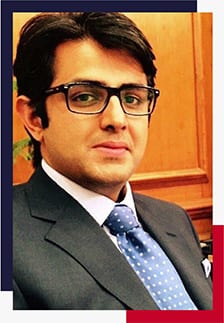 Barrister Husnain Ali Chaudary is a Managing Partner of HCU & Hossein, a trans-provincial law firm with operations in Lahore, Karachi, Islamabad and Multan. He is renowned for his expertise in white collar crime and has extensive experience in criminal and constitutional law. Prior to founding HCU & Hossein, Barrister Chaudary was a Partner at the international law firm Hyat & Meerjees, which operates in the UAE, London and Pakistan.

Barrister Chaudary has an LLB (Hons) and LLM from Cardiff University in the UK and was called to the Bar by the Honourable Society of Lincoln’s Inn in 2010. He received his Postgraduate Diploma in Advanced Criminal Advocacy from Harvard University in 2011.